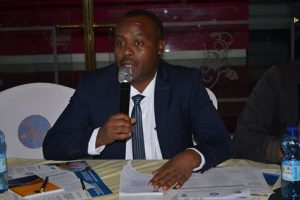 A New project on Nagoya Protocol Implementation has been launched.

Strengthening human resources, legal frameworks, and intuitional capacities to implement the Nagoya protocol ( The UNDP/ GEF Project), anew project that aims at assisting countries in the development and strengthening of their national ABS frameworks has been launched on July 26 2017, at Addis Ababa.

Mr. Abraham Assefa, Representative of General Director of Ethiopian Biodiversity Institute, noted that Ethiopia has become a member of Mega Diversity Countries in the world.

He also pointed out biological diversity is the base for economic prosperity and other aspects of human welfare at household and national level.

“The implementation of the basic measures of the Nagoya protocol in the participating countries will generate a wide range of monetary and non-monetary benefits for providers of genetic resources”, said Mr. Abraham.

This will help countries get all the benefits from their biodiversity through fulfilling the objectives of the Convention on Biological Diversity (CBD), he indicated. 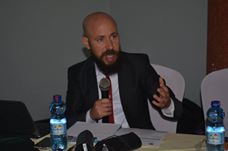 As Mr Fouad explanation the project will be implemented for 3 years in 24 countries including Ethiopia. Legislative and institutional measures should be taken to implement the Nagoya protocol, He remarked.

Mr Ashenafi also said the project will also build trust between users and providers of genetic resources to facilitate the identification of biodiscovery efforts and strengthening the capacity of indigenous and local communities to contribute to the implementation of the Nagoya protocol.

A new project focusing on Community Seed Bank has been launched

An explanation was given about the newly developed website