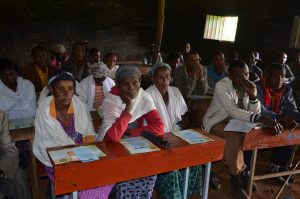 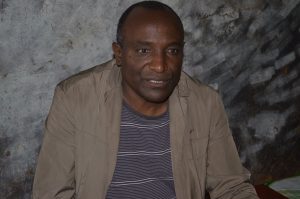 On the occasion, Mr. Wubeshet Teshome, On-farm Conservation and Community Seed Bank Case Team coordinator at Ethiopian Biodiversity Institute (EBI), said various types of crop varieties that are produced in the Leka Dulecha area are on the verge of extinction. Therefore, due attention should be given to for the rehabilitation of indigenous varieties, he emphasized.

By conducting survey on the species, the varieties would be given to the farmers to cultivate them from the central gene bank, Mr. Wubeshet mentioned.

This will be used to replace lost species and use them sustainably. 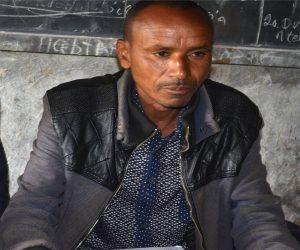 The Chairman of Leka Dulecha Community Seed Bank, Mr. Bore Chewaka , on his part said that Significant results have been found when the existing species planted as they are well-adapted and preferred.

Thus, it is therefore necessary to create favorable conditions for a variety of varieties to be accessed, he indicated.

According to chairman the desire of the local farmers to become a member of the seed bank has increased ever since,

The Leka Dulecha Community Seed Bank, established in 2008, now has 66 members, of whom 21 are women.

The training is designed to inspire the members to be actively involved in the sense of ownership.

23 Community Seed Banks are established in the country.

The institute is working to accomplish the mission of sharing the benefits of biological resources.

The Use of Microbial Technology Plays An Important Role In The Attainment of Food Security.

The Institute is working to focus on distributing and disseminating valuable information on wild and in-water animals, which are known to be unique to the country.