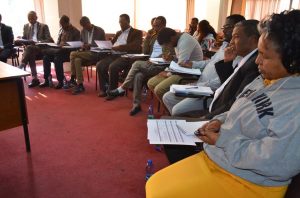 Members of National Advisory Committee on Conservation, Sustainable Utilization and Benefits sharing of Domestic Animal Genetic Resources of the country (AnGR) have held discussions at Ethiopian Biodiversity Institute, on January 30, 2018. The discussion focused on the conservation and sustainable use of domestic animal genetic resources. 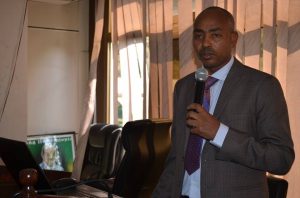 Director General of the Institute, Dr. Melese Maryo on the opening of the discussion forum, said Ethiopia’s large-scale domestic animal resource is losing because of different reason such as mixed with other sub-species, drought,, and so on.

So, by settling the problem, we must keep the wealth safe and benefit from it, he noted.

To provide this National Strategy and Plan of Action for Conservation and Sustainable Utilization of domestic Animal Genetic Resources has been introduced since last year to integrate tasks and performing successful activities, Dr. Melese added.

The Director General remarked the strategy, which will be last ten years, Members of the National Advisory Committee and experts are expected to work together to ensure the sustainable use of biodiversity and to achieve the goals set out in the strategy. 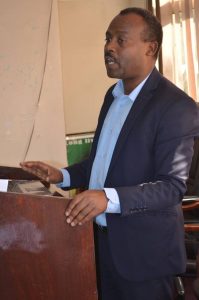 Director of the Animal Biodiversity Directorate, Mr. Abraham Assefa, presented the bylaws of the National Advisory Committee, which was organized in the presence of all concerned bodies.

The committee will focus on the conservation, sustainable utilization and access and benefit sharing of domestic animal genetic resources of the country, according to Mr. Abraham.

In addition, the committee will have a significant role in addressing the problems of animal domestic biodiversity, and in the naming of breeds.

The members, on their part, responded to work together with regard to wealth of the sector, the process of breeding and naming of breeds.

The institute is working to accomplish the mission of sharing the benefits of biological resources.